Who Are the Gujjars?

Deep within the most remote, rugged valleys of Northern Pakistan lives a mysterious group of people called the Gujjars. As relative latecomers to the region, they were forced to settle in the most difficult, inaccessible places where no one else wanted to go. The Gujjars have managed to survive in these isolated communities for hundreds of years with very little influence from the outside.

The origins of the Gujjar people are not clear, but most historians believe that they originated in India around the 5th century A.D. As the years went by, Gujjar territory expanded across much of India, northern Pakistan and even into Afghanistan. The Gujjars were completely Hindu until Muslim invaders entered India in the 11th century and forced many to convert. All of the Gujjars found in Pakistan are followers of Islam and belong to the conservative Sunni sect. Most Gujjars have adopted the local languages where they live, but they also have their own mother tongue which is  called Gujjari. 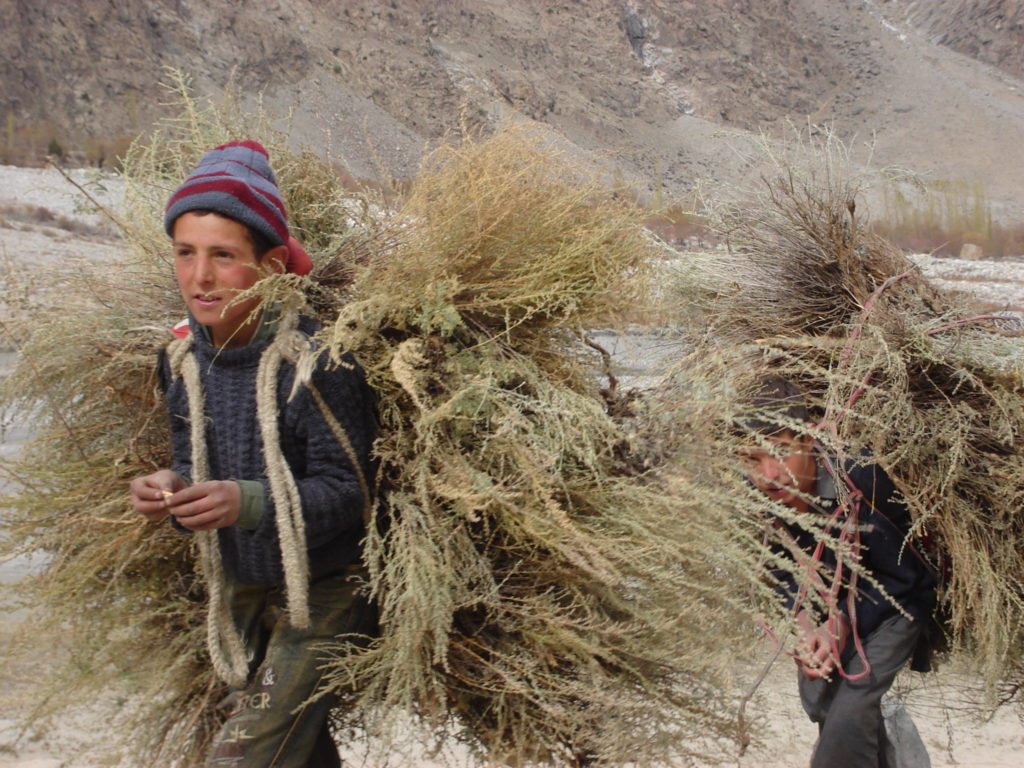 As semi-nomadic herdsmen, the Gujjurs of northern Pakistan devote their lives to caring for their animals. In the summer months, they bring their animals to high, alpine pastures where there is plenty of grass and water. While the men move the animals each day, the women and children are busy turning milk into butter and yogurt. During the cold winter months, the Gujjars descend to more permanent settlements to wait out the winter.

Because of their isolation from the outside world, the Gujjar communities of northern Pakistan are extremely poor and lack basic amenities such as running water, electricity and health care. The illiteracy rate is currently about 98% and access to quality education is extremely limited, especially for girls. Considered “backward” people, they live life on the fringe of society and are often mistreated and oppressed. Because of this mistreatment, they distrust outsiders and remain in isolation. They desire better lives, but fear that those opportunities will also threaten their beliefs and culture.

At Shining Light International, we believe that the Gujjar people deserve better. Not only do they deserve quality education, running water and health care- they deserve to be valued and respected as incredible people with a unique history and culture. We are committed to partnering with them in relevant ways that offer hope for a brighter future.

The amazing story behind our first encounter with the Gujjar people will be coming in a future post, but if you’d like to read more about the exciting things that are happening, please check out our Remote Village Development Program!